Contact Us: 02-682-7644-6 e-mail: This email address is being protected from spambots. You need JavaScript enabled to view it. 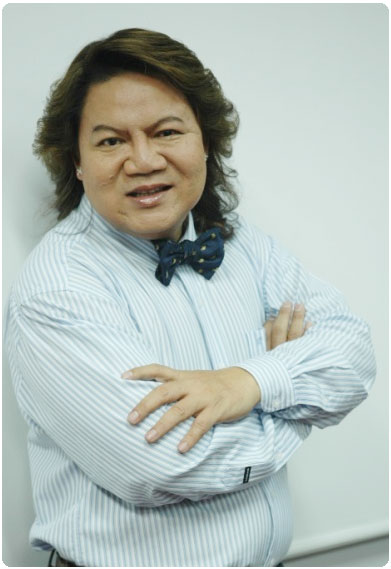 Brief Biography of the School Administrator

1982 -   Was a quality control and analysis officer at the Siam Flour Company.  This job refined his ability and skill in working and defining flour types by their properties.  Ability to make delicious confections with the different flour types.

1984 to Present
-   Held the post of Sales and Marketing Manager for Lamsoon Company (Thailand).  His responsibilities are to promote and instill baking knowledge with their palm oil products around the nation.

Chief Director of the Thai and International Technological College

Owner and operator of television program “Nub Nueng…Tueng Fan”.  On air every Tuesday at 2:18 pm to 2:44 pm on Channel 9

Owner and operator of television program “Yingsak Food Variety”.  On air every Sunday at 1:55 am to 2:55 am on Channel 5 (TGN)

Owner and operator of television program “Aroy Yang Ying” on air every Monday at 1:55 am to 2:20 am on Channel 5 (TGN)

Owner and operator of television program “Food News and Life Magazine on TV” on air every Saturday at 3:00 pm to 4:00 pm on S Channel.

Dean of Faculty of Liberal Arts of Siam Technological College

Principal of the Department of Technology and Cooking
(Techniques on how to cook).

Faculty of Tourism and Hospitality at Rangsit University

A Message from Chief Director and Administrator of School

Dr. Yingsak Jonglertjesdawong To be a chef is an honorable career and holds dignity in society.  People frequently ask why there are so few Thai chefs successful at the international level.  To be a successful and highly functional chef, he or she must be able to organize his kitchen to perform and minimize cost and make use of any ingredients with the highest appeal and hygienic level. A wide knowledge on food and a disciplined trained  regimen with equivalent to internationally held standards.

TIFTEC was founded for this purpose of giving the new generation of youngsters the insight and interest in becoming a chef or working in the food industry, the opportunity to learn and perform in a well equip kitchen with a consistent regiment held to the same standards as international schools allowing our students to pursue their career at the international level.